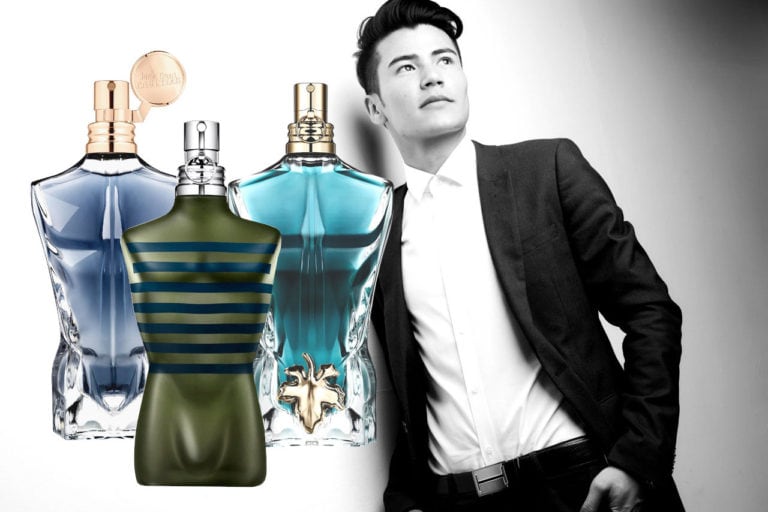 Ever since the 1995 introduction of the now-iconic ‘Le Male’ fragrance, Jean Paul Gaultier has been producing crowd-pleasing masculine scents that defy convention. Many of the best Jean Paul Gaultier fragrances for men share the same DNA as the original, offering an eclectic mix of spices and woods fused with lush florals and sweet tones.

Managing to blur the lines between what is masculine and feminine, his fragrances continue to accentuate the extremes. With several compliment-inducing men’s fragrances his the collection, we review seven Jean Paul Gaultier fragrances that deserve closer scrutiny.

French-born designer Jean Paul Gaultier was born in 1952 and grew up in Paris. Gaultier was not formally fashion-educated, but instead caught the attention of top couture designers by sending them his sketches. Pierre Cardin was first to spot the untapped talent lurking inside the young JGP, and he was hired at the age of eighteen.

Throughout his impressive career, Gaultier has been challenging existing sentiments of gender and style in the fashion world. The first JPG fragrance was the 1993 feminine ‘Classique’. With its attention-grabbing bottle and seductive notes, this fragrance, along with the 1995 ‘Le Male’ masculine follow-up dominated the fragrance world from the 1990s to this day.

Known for their almost hypnotic ability and incredibly eye-catching bottles, we’ve selected 7 of the best Jean Paul Gaultier fragrances for men that you should seriously consider for your collection.

The all-time classic Jean Paul Gaultier men’s fragrance. The alluring oriental style Le Male was created by Francis Kurkdjian and released way back in 1995. With crowd-pleasing notes of lavender, vanilla and tonka bean this is still a great fragrance that generates lots of compliments

Le Male Eau de Toilette opens with a burst of zesty bergamot, fresh mint and a hint of cardamon. Mid notes of cinnamon and orange blossom soon develop. Upon dry-down, delicious vanilla, creamy tonka bean and woods create a classy vibe. Indeed, a fragrance to experience again if you have not tried it in a while.

As for when to wear, in my opinion, this is an any-season fragrance. The bergamot, lavender and mint give a spring/summer feel, while the tonka bean and vanilla combo are more slanted to autumn/winter. Great for almost any occasion from weddings, clubs, date night or even after the gym.

Overall, Le Male Eau de Toilette is a true classic masculine fragrance with a well-balanced combination of spice, floral, citrus and woods that exudes a comforting chilled vibe. One to get noticed with.

Released in 2020, Jean Paul Gaultier Le Male Aviator is a seductive and refined green/woody/spicy male fragrance that is more than the sum of its parts. Especially good upon the dry-down where tonka bean and woody notes add depth and intrigue.

The opening of Le Male Aviator is ultra-fresh with citrus and mint. Mid notes are revealed pretty quickly with green violet leaf and the subtle floral/peppery scent of geranium in equal measure. The dry down is where the action is, with creamy/vanilla notes of tonka bean and sultry woody notes adding a sense of class and sophistication. There is also a slight booziness about it.

Longevity is not incredible at 3 to 4 hours, although the sillage was pretty good.

As for when to wear, more of a daytime casual fragrance in the colder months of spring and autumn. Think Sunday brunch, weekend walks, or a city break in the day. Classy, seductive, yet chilled.

Overall, Le Male Aviator Eau de Toilette is a classy and sophisticated green/woody masculine fragrance that is perfect for the daytime.

Le Male Essence de Parfum was launched in 2016 with Quentin Bisch being the nose behind it. This sexy oriental scent has heaps of sensual masculine notes including cardamom, vanilla, lavender and leather. An evolution of the original Le Male scent rather than a generic flanker. Nice!

Opens with considerable force, so be warned. Cardamom, pepper and zesty bergamot are first on the scene in high intensity but soon settle. Mid notes of lavender and leather stand out in particular, with a background of cinnamon. Upon dry-down, sweet vanilla, warm amber and creamy tonka bean provide a sensual base.

Longevity is medium lasting at 5+ hours with decent sillage.

As for when to wear, I will go out on a limb and say any-season and any time of day. Although many of the notes are more autumn/winter, the lavender allows this fragrance to transcend seasons. Le Male Essence is ideal for wearing to more formal occasions such as date nights, bars, clubs, even weddings and music events.

Presented in a clean-lined, clear glass version of the original Le Male figurine bottle. Extremely eye-catching with its light blue hue. Perhaps the kind of bottle that The Terminator would choose, or perhaps Kryten from Red Dwarf!

Ultra Male opens with the crisp citrus tones of bergamot and lemon entwined with juicy sweet pear and lavender. Fresh mint also makes a discreet appearance. Mid notes bring a wave of spices, most notably cinnamon and sage. Dry down is incredibly sensual, with vanilla and warm amber combining with light woods.

As for when to wear, Ultra Male makes an incredible autumn/winter evening scent. Deserves to be worn when you are dressed up and ready to impress. More suited to a fancy bar, club, date night or classy meal out. With life, you never know who you might bump into, so perhaps this should be worn anytime as an insurance policy!

Overall, Ultra Male is arguably the best Le Male flanker. It is sweet yet masculine, sexy, and playful that yearns to be taken for a night out on the town. This is one attention-grabbing, compliment generating male scent.

Opens with fresh coconut and crisp bergamot that initially gives a summer vibe of sipping cocktails by the pool. Shortly after, a wave of creamy tonka bean emerges with subtle spice. Upon full dry-down, the coconut settles and allows the tonka bean to really shine. Personally, I felt this is more of a younger guys fragrance, or at least for someone young at heart, although it remains sophisticated, classy and masculine.

Longevity is medium lasting for Le Beau at 4+ hours with reasonable sillage.

As for when to wear, Le Beau leans more towards spring/summer although its extremely versatile due to its warmth, sweetness and spice. The coconut/lime combo in particular really hits the spot and gives a carefree holiday vibe, yet the tonka bean adds depth to extend season wearability. One to wear during the daytime, perhaps on vacation, long walks, or after the gym.

Presented in a clear glass version of the classic JPG figurine, yet has cleaner lines and a strategically placed fig leaf to cover ones modestly. The fragrance resonates a light blue glow, with an overall eye-catching effect.

Overall, Le Beau Eau de Toilette is a light and fresh woody/aromatic everyday fragrance that is perfect for the warmer seasons of spring and summer. Will undoubtedly get you noticed for all the right reasons.

Fleur du Male is an arousing white-floral version of Le Male that is sophisticated, elegant yet clearly masculine. This jaw-dropping fragrance was released in 2007, and the nose behind it was the master himself, Francis Kurkdjian.

The opening of Fleur du Male Eau de Toilette is loud. It celebrates the bitter orange tree by combining sweet woody notes of petitgrain combined with the bittersweet floral of neroli. After 10 minutes or so things get a little more powdery. The dry-down is well worth waiting for as becomes greener with soothing herbs of chamomile and basil, which create a sense of mystery and intrigue. Although not listed, there is a slight twang of smooth vanilla throughout—a masterpiece of a male fragrance.

As for when to wear, Fleur du Male is perfect for spring/summer and leans more towards being a daytime scent. Although it is fresh and light, it performs really well and is certainly not a dull, generic summer citrus-bomb. The floral notes are sexy, attention-grabbing, yet masculine.

Fleur du Male is presented in a totally white version of the classic Le Male bottle. Looks like a statue that should be placed in a museum.

In summary, Fleur du Male is a classy spring/summer male fragrance that bucks the trend of what can be considered male fragrance notes. Sadly now discontinued although still available at some stores. Grab it while you can and wear it like you own it.

Le Male Terrible is a captivatingly spicy oriental masculine fragrance that was launched in 2010. The nose behind the scent is Aurelien Guichard, who has created fragrances for Gucci, Armani and Guerlain, to name just a few.

The opening is clean and fresh, with notes of sharp grapefruit and spicy pink pepper. Lavender in the heart of this fragrance nods to the original Le Male and is blended with the earthy, almost leathery scent of vetiver. Upon dry-down, a warm base of amber and delicious vanilla complete the Le Male Terrible experience.

The longevity of Le Male Terrible is an impressive 5+ hours with decent sillage. The vanilla, pepper and lavender, in particular, perform nicely.

As for when to wear, although Le Male Terrible leans more towards autumn/winter, I would wear it any time of year but more in the day. Think lunch dates, Sunday brunch, post-gym, chilled days and perhaps a walk by the coast. Would also make a great office fragrance.

Le Male Terrible is presented in a cool-blue version of the classic Le Male bottle, complete with razor-blade necklace!

In summary, Le Male Terrible clearly shares the same DNA from the original Le Male, yet adds sharper citrus and spice to significant effect. It could almost be considered the ‘sport’ version and is well worth the investment. Although now discontinued it is still available on the likes of Amazon, eBay and swappable on Fragrantica.

There are several exciting masculine scents in the John Paul Gaultier portfolio, thus a fragrance for everyone. Whilst some perfume houses play it safe and rely on the tried and tested ‘male’ fragrance notes, the best Jean Paul Gaultier fragrances for men take the path less traveled.

Below are some additional articles from Viora London’s blog. We write articles on a number of interesting lifestyle topics such as fragrance, beauty, luxury accessories and more.

Andrew is a fragrance enthusiast, collector, and seasoned writer who has a burning passion for all things fragrance and flavour related. From woody aromatics to green & spicy, I leave no stone unturned in my quest to discover the ultimate scent. Andrew’s Full Bio. 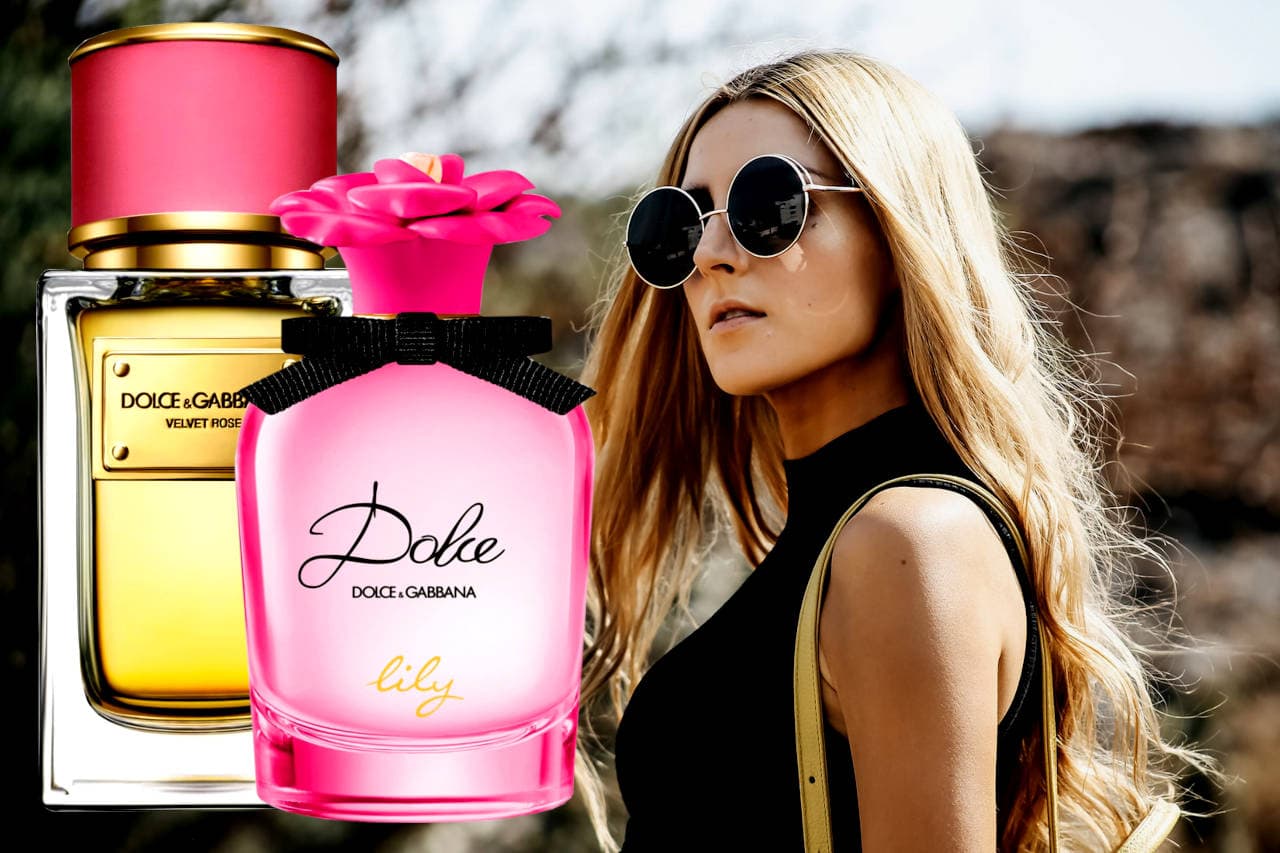 Founded by Domenico Dolce and Stefano Gabbana, D&G remains one of Italy’s most respected luxury fashion houses. The best Dolce & Gabbana perfumes for women are modern, confident, and full… 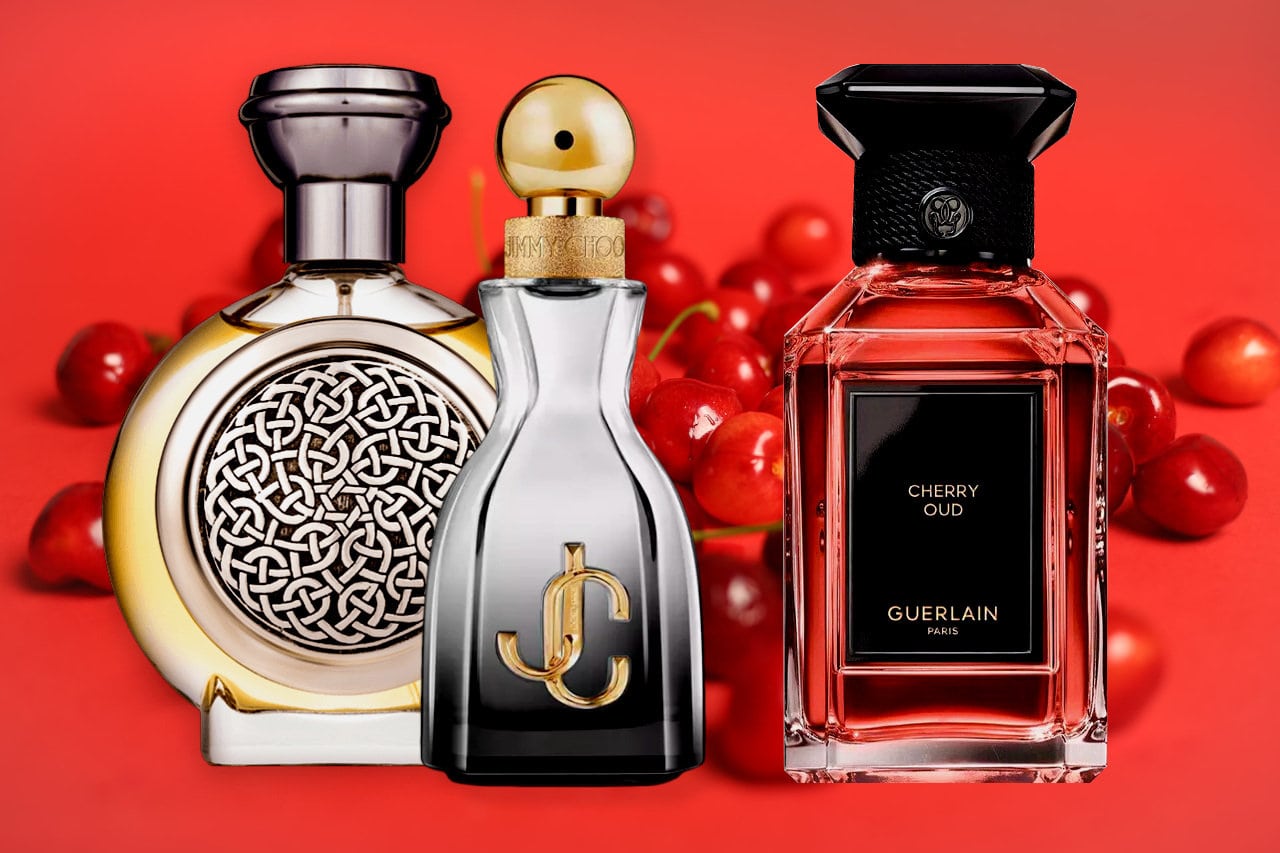 Cherry has recently become one of the rising star notes in perfumery. The best cherry perfumes for women bring the contrasting sweetness and tartness of this delicious fruit to give… 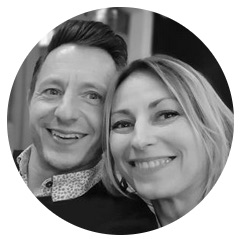 Viora London is run by two fragrance enthusiasts who use their vast collective experience to create informative reviews on perfumery that we think you’ll love.

We use hand-picked samples, discovery sets, decants, full bottles, plus in-store visits to bring you our insight and unbiased opinion. You can also watch us on the Viora Youtube channel.

We may receive a small affiliate commission should you make a purchase from product links contained in our articles. Check out our full affiliate disclosure for further information. We appreciate your support! 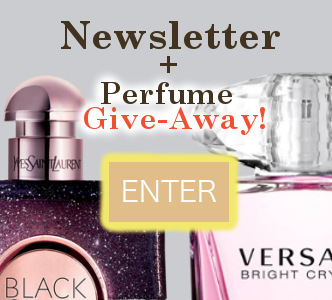